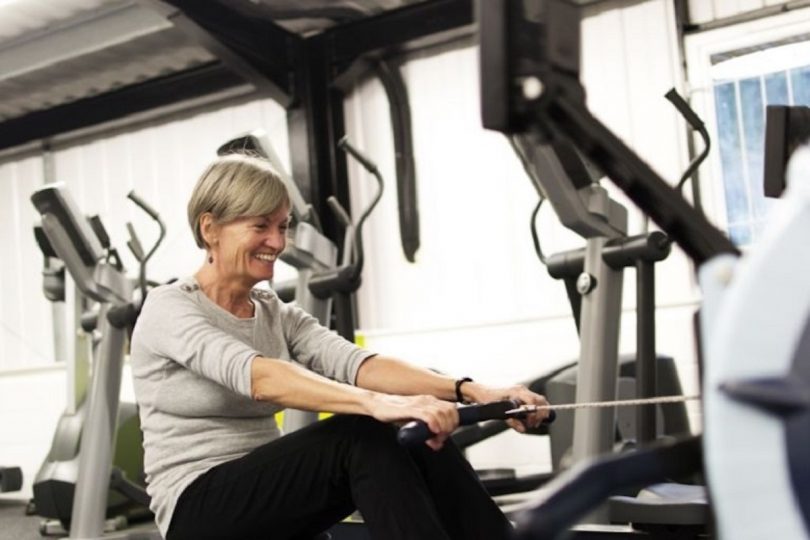 Many of us have tried high-intensity interval training at some point, even if it was just a boot-camp class our friend dragged us to.

A new study suggests that we may want to incorporate those workouts – which include short bursts of intense exercise, followed by stretches of more moderate activities – into our regular fitness routines, since they’ve been shown to reverse the aging process.

Published in the journal Cell Metabolism, scientists from the Mayo Clinic recruited an equal number of women and men to participate in the study, and split them up into two groups: young and older.

The researchers then divvied the participants up another time, into three groups partaking in different exercise routines for a 12-week period.

One group participated in HIIT, which involved three days of cycling and two days of treadmill walking each week.

Another group focused on resistance training that consisted of two days a week of lower- and upper-body exercises, and the last group did a combination of the two – cycling less strenuously than the first group and lifting fewer weights than the second, for a total of five days of exercise a week.

Those participating in high-intensity interval training saw the most benefits.

The overall HIIT group also saw their insulin sensitivity improve, which means they potentially lowered their diabetes risk, and they had an increase in ribosome activity.

Senior study author Dr. Sreekumaran Nair, of the Mayo Clinic, explained to CNN that HIIT is “Highly efficient” in reversing age-related cell changes, since it encourages the cells to make more proteins that help with energy production.

“Exercise training, especially high-intensity interval training, enhanced the machinery to produce proteins, increased the production of proteins and enhanced protein abundance in muscle,” Nair told CNN. He added that the findings may help scientists “Develop targeted drugs to achieve some of the benefits that we derive from the exercise in people who cannot exercise.”