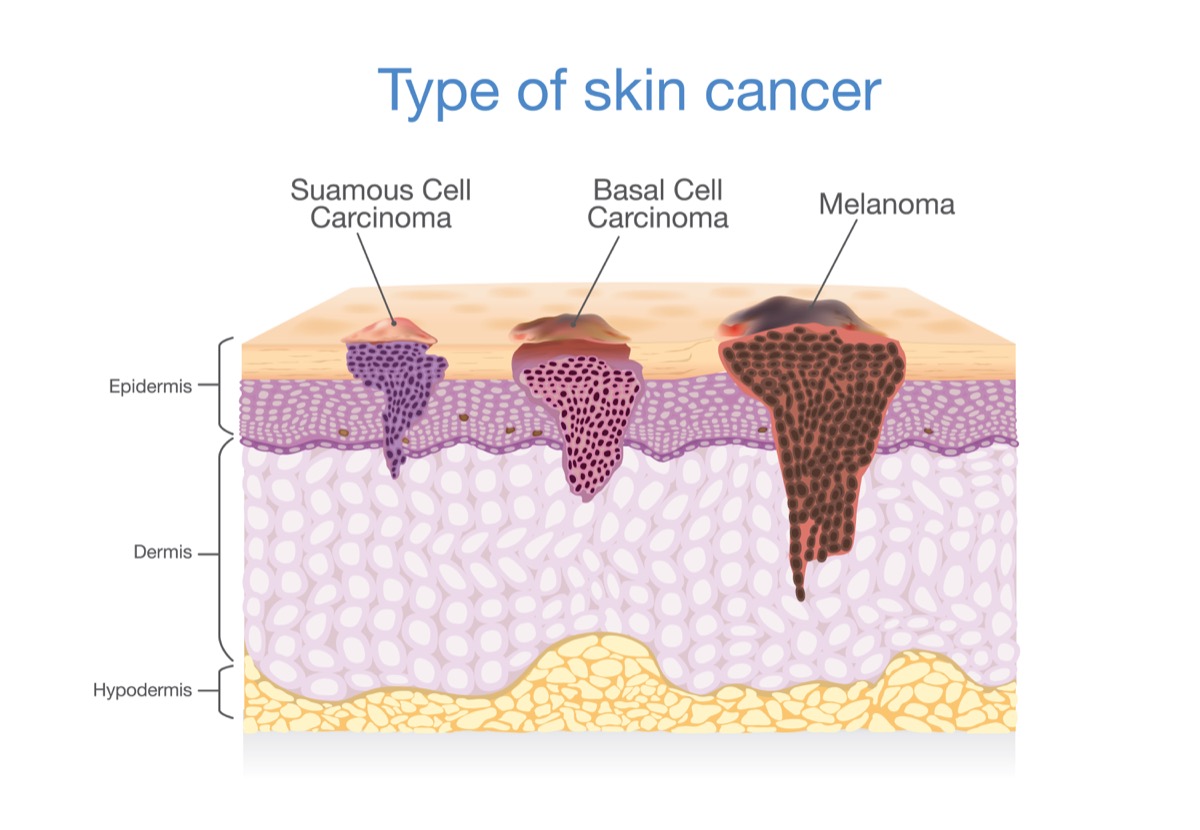 Merkel cell carcinoma or neuroendocrine is another rare form of cancer (skin cancer) that is depicted as a bluish-red or flesh-colored nodule on the head, neck or face. This skin cancer is common among older people especially white males above 50 years. The cancer is caused by a weak immune system, long-term exposure to the sun as well as some medication. Merkel cell carcinoma grows and spreads fast.

There is no exact cause of the cancer. However, we know the cancer starts in the Merkel cells found on the base of the epidermis, the outermost skin layer that connects the nerve endings that give us the sense of touch. Recent discoveries have also linked the cancer to a virus (Merkel cell polyomavirus) found in the skin and doesn’t show any visible signs/symptoms. The exact risk factors which link the virus to the cancer remain unknown which has forced researchers to believe there are other risk factors which play a significant role.

Merkel cell carcinoma treatment is dictated by the severity of the cancer, i.e., if it has spread to other areas internally and externally. Some of the risky behaviors that increase a person’s chance of developing Merkel cell carcinoma include over-exposure to sunlight, old age, a weakened immune system, lighter skin color and genetic factors (history of other skin cancer types).

Regardless of the risks, very little can be done to prevent the cancer. Prevention includes; avoiding sunlight during peak hours (between 11.00am and 4.00pm) and using sunlight blockers to shield the skin and eyes. You should also monitor your skin for changes in appearance and report them to your doctor.

Merkel cell carcinoma treatments range from radiation therapy to surgery. However, the cancer can still spread even after treatment affecting organs like lymph nodes in nearby areas. The cancer can also spread to the liver, lungs, bones, and brain. When this happens, the cancer can become extremely challenging to treat and potentially fatal.