Typical anemia is when there is not enough red blood cells (RBCs) in the body to carry oxygen throughout the body. Sickle cell anemia is more advanced and causes the usually round, flexible RBCs to grow rigid, sticky, and sickle-shaped—hence the name. When these irregular cells flow through the blood vessels, they have a tendency to get stuck, slowing or blocking blood and oxygen from reaching parts of the body. 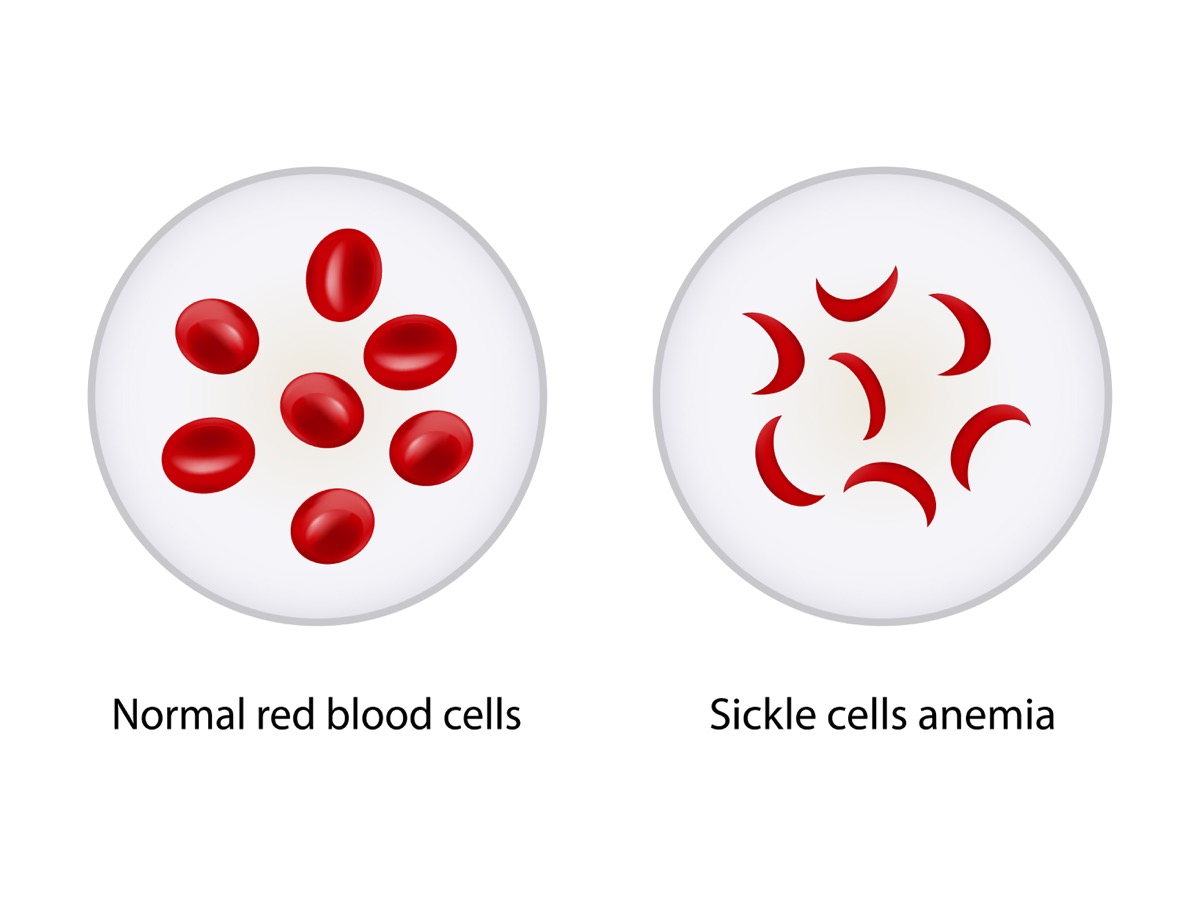 Symptoms of SCA include anemia; periodic pain episodes, called crises; swelling in the extremities; delayed development during childhood; vision problems; and frequent infections. SCA often damages the organs, particularly the spleen, and so children with sickle cell anemia will often need vaccinations and antibiotics for infections like pneumonia to keep them from getting ill.

For a child to inherit sickle cell anemia from their parents, both the mother and father must have the sickle cell gene. SCA most commonly occurs in black people, primarily those of African descent. Unfortunately, there is no cure for sickle cell anemia, but there are treatments that can help relieve pain and mitigate problems associated with SCA.