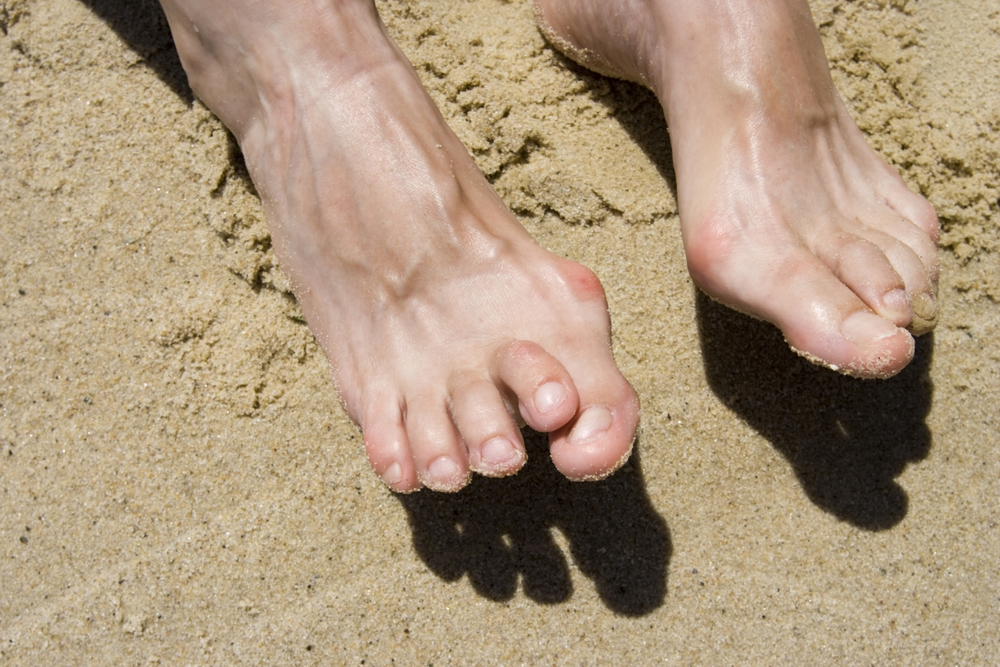 The most common cause of hammertoe is a muscle/tendon imbalance. This imbalance, which leads to a bending of the toe, results from mechanical or neurological changes in the foot that occur with time in certain people. Hammertoes. Hammertoes can be aggravated by shoes that don’t fit properly. A hammertoe might result if a toe is long and is forced into a cramped position when a tight shoe is worn. Occasionally, hammertoe is the consequence of an earlier trauma to the toe. In certain people, hammertoes are inherited. Hammertoe is a contracture deformity of one or both joints of the second, 3rd, 4th or fifth toes.

This abnormal bending can place pressure on the toe while wearing shoes, causing difficulties to develop. Normal toes unaffected by hammertoe.

Hammertoes usually start out as slight deformations and become progressively worse with time. In the earlier phases, hammertoes are flexible and the symptoms can frequently be managed with non-invasive measures. But if left untreated, hammertoes can become more rigid and won’t respond to nonsurgical treatment. Due to the progressive nature of hammertoes, they must receive early attention. Hammertoes never gets better without some kind of intervention.