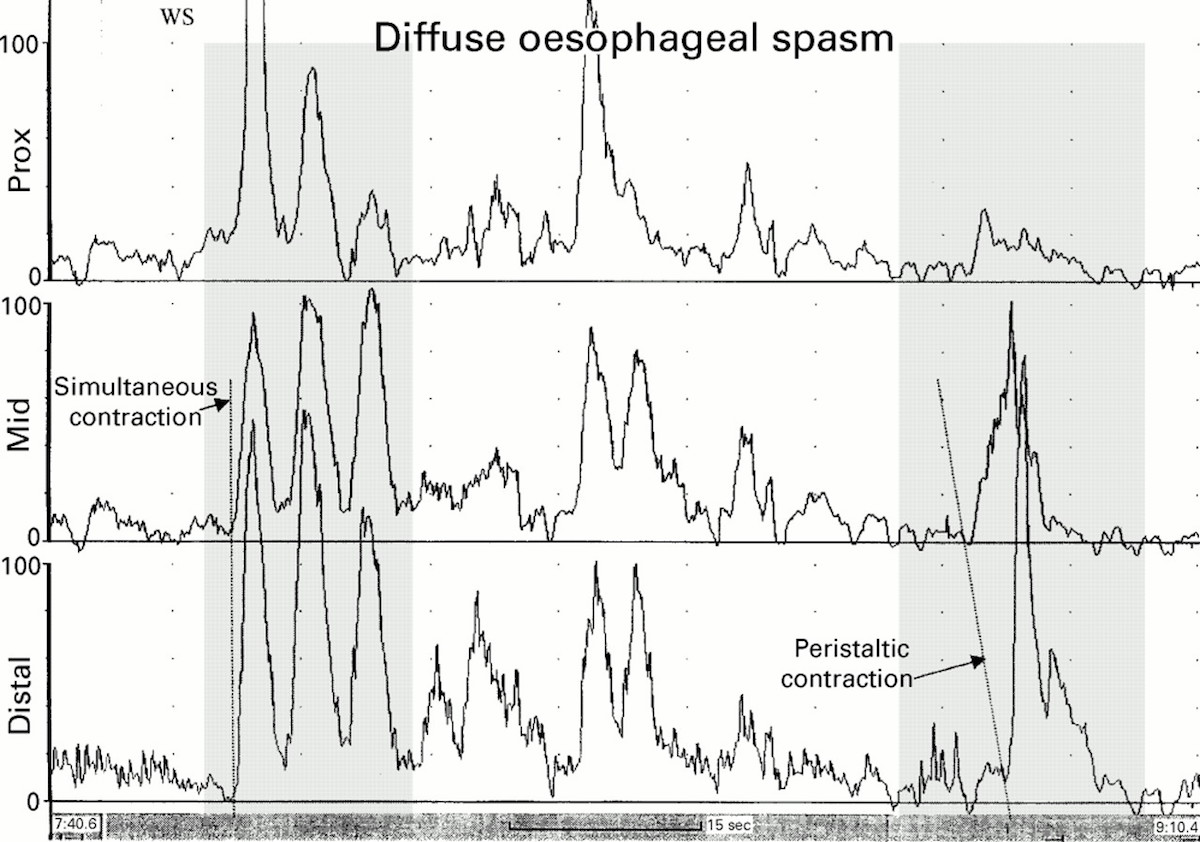 Meanwhile those with achalasia do not have any esophageal contractions at all as well as an oddly increased tone of the LES (the lower esophageal sphincter). This occurs due to nerve loss.

Each of the above esophageal motility disorders can be treated by a variety of methods that all target the LES including: nitrates and calcium channel blockers that are effective in relaxing the LES; botulinum injections which also relaxes the LES but by decreasing the production of the muscle neurotransmitter acetylcholine; balloon dilation of a narrow esophagus, or in more severe cases, myotomy (a surgery in which the LES is cut).